5 Investing Mistakes to Avoid in 2013 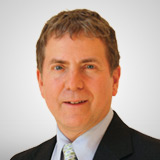 At the World MoneyShow in Orlando, Mark Hulbert was asked what mistakes investors were likely to make this year, and he shares the answers he gave here.

What are the biggest mistakes that investors are going to make this year? To answer that question, my guest is Mark Hulbert. Hi Mark. Thanks for being here.

So you know investors have pretty much made every mistake under the sun that we possibly ever could do, but in certain cycles some are worse off than others are.

Can you talk about now? We’ve got a market that’s trending pretty high...at record levels now. What should they do, and what aren’t they doing right?

Right. Essentially, we put this question at the recent World MoneyShow in Orlando to a panel of four top-performing advisors in my Hulbert Financial Digest rankings, and we said please identify the five biggest mistakes that they think investors will be making this year.

Now, that isn’t to say they didn’t think that risk was abnormally high, or that every stock was going to participate in the run-up; they weren’t necessarily all saying the market was going to keep going up this year. But they were saying there will be pockets in the market that will provide decent rates of return, and it’s a better bet in any case than going into the bond market. Mistake No. 1 is simply giving up on the stock market.

Sure, but you sort of have to be a stock picker this year, is what they’re saying.

That’s right, and so mistake No. 2—this was my summary, it’s hard to necessarily get a complete synopsis of what four individuals are saying—but mistake No. 2 that I took away from their discussion was thinking that it was a stock market as opposed to a market of individual stocks, so don’t bet on the overall market.

In fact, they think, and a number of them talked about this, that the Advance/Decline line will actually start declining this year, even if the market averages keep going up.

It’s just another way of saying that the market is going to become very selective. That led then to mistake No. 3, which is betting on too-aggressive stocks. They think that the sectors of the market that will do the best will be those that are the most conservative. They’re the least leveraged, they have the best balance sheets, the most consistent earnings streams, and their stock price are the least volatile.

Those are the places to go to right now. Do it now, while the market is still at a relatively high level. They think that it’ll still do well even if the market keeps going up. If it gets into the areas of choppiness that they also think is highly likely, they’ll do relatively better than the rest of the market.

But of course, you know those are the kinds of stocks that in a market with momentum, investors are least likely to want to buy, right? When the market’s really going higher, they all want to get into those sexy tech stocks and the more speculative ones. So we have to guard against that.

Absolutely. I would say—and this is a theme that emerges in all of my ratings of advisors—is that contrarian approaches end up getting a bad rap. Most investors, as you say, don’t like a contrarian approach; you want to buy the thing that’s the hottest, sexiest thing on Wall Street, than to buy a stock that’s out of favor.

I mean, you want Amazon (AMZN) rather than Walmart (WMT), even though Walmart is a far better investment right now, I’d be willing to hazard a guess—though I’ll probably be wrong; I’m not an advisor. That’s the thing: people will pick the greatest fad on Wall Street.

They’re saying now is the time to actually get out of those speculative, sexy stocks and into a really steady, solid, good fundamental stock.

It makes sense to me. What’s the fourth mistake?

Two examples stood out among many. One, be very careful placing stop-losses that are too close to the market. They say that even stop-losses that maybe at one point would have been reasonably placed, because of high-frequency trading and other phenomena that are causing greater volatility in the market, you’re more likely than ever to have those close stops rips sawed out—very expensively and needlessly—for no technical reason whatsoever other than the volatility created by these high-frequency traders. Some are even suggesting don’t put any stop-losses in at all.

But that’s dangerous in its own way.

One of the panelists said don’t put in stops at all. The other mistake, interestingly enough—I had never heard a number of advisors say it quite this strongly—was don’t day trade, or even frequently trade exchange traded funds.

One of the panelists said he knew a number of the market makers on Wall Street, and they said you’d be shocked to find out how much money they’re making from the spreads on exchange traded funds. So they begged the audience, if you’re going to buy an exchange traded fund. hold it for the long-term.

Interestingly enough, of course, the logical conclusion of this is buy the underlying mutual fund. Don’t buy the exchange traded fund, because every time you buy it, maybe you’ll minimize the degree to which that spread kills you...but why even deal with the spread? Those were two examples of some really dumb mistakes.