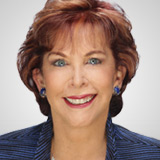 Don't waste your chance: this three-point plan is crucial for all investors before the rules change again next year, writes MoneyShow's personal finance expert, Terry Savage.

You’re busy with holiday shopping and parties, so you might not give much of a thought to your finances. But here are a few tips that could save you real money if you pay just a bit of attention before year-end.

1. Use It or Lose It
You would never walk by a $10 bill lying on the sidewalk. But millions of Americans will leave an average of $138 on the table, simply by not using the total amount available in their Flexible Spending Account at work.

FSAs are pre-tax spending accounts set up through your employer, allowing you to spend money for a wide range of medical necessities not covered by your insurance plan—such as copayments, pharmaceuticals, OTC drugs, or dental or vision services. Each employer determines how much an employee can set aside on this basis to use for his or her family. (Next year, the IRS will limit these accounts to $2,500.)

The challenge for families is twofold. First, they have to predict during the year-end enrollment period how much money they should set aside for the next year. And the second challenge, as we come to year-end, is to actually make sure you use this money before any remaining balance disappears.

As we approach the busy year-end, these accounts often wind up with small balances. But when you consider the wide variety of purchases you can make, letting this money go to waste is a real shame.

At www.FSAstore.com, you can order online from the literally thousands of qualifying medical products—ranging from baby thermometers to diabetes supplies, smoking cessation products to condoms or fertility treatments, and contact lens care to bandages. Everything in this online store qualifies under IRS regulations for spending money in a flexible savings account.

So don’t let that money go down the drain. Check in with your plan to see how much you can spend before it disappears at year-end—and then stock up.

2. Take Deductions Now
It looks like a pretty good bet that some tax rates will be higher next year—making deductions more valuable.

But taking fewer 2012 tax deductions means you’ll owe more taxes next April. And with many charities struggling with larger needs and lower contributions, anything you can give before year-end will be welcomed.

An even greater incentive to give now comes from concerns that any budget deal will phase out the deductions for charitable giving, especially for the wealthy. That’s causing many people to take as much income as possible for 2012, while seeking tax deductions as an offset.

That’s where "donor-advised funds" come in. If you want to make a large contribution and take the deduction for this year—but aren’t sure exactly how to distribute the cash, consider "donor-advised" or Charitable Gift Funds.

Set up by major institutions, including mutual-fund companies, these funds allow you to make a large donation now, which can grow over the years in their investment funds. You get a current tax deduction, but can delay distributions to actual charities to some point in the future. It’s like setting up your own foundation—without any cost!

Fidelity Charitable Gift Fund has helped donors distribute more than $13 billion to over 150,000 non-profit organizations. Vanguard and Schwab have similar large donor-advised funds. And many community groups sponsor this type of giving. So, if you’re looking for a large 2012 tax deduction without doing the research to find specific charities by year-end, make a contribution to a donor-advised fund.

And if you do want to give last-minute charitable gifts, be sure to check out the charity’s record of managing assets and get their ratings at either www.Guidestar.org or www.CharityNavigator.org, which will let you search many thousands of registered charities to see how efficiently they distribute contributions.

3. Increase Retirement Plan Contributions
There’s another use-it-or-lose-it opportunity that you can remedy before year-end.

Perhaps you haven’t contributed enough to your company retirement plan to get the full match. Many employers allow a last-minute increase in deductions to “fill up” your allowed 40l(k) or 403(b) contribution. But you’ll have to act quickly to get the deduction from your last paycheck in order to make the most of your 2012 opportunity.

Similarly, you might want to convert to a Roth IRA before year-end, so that the additional income is taxed at 2012 rates.

There’s a lot of uncertainty about future tax rates and deductions as Congress works to create a fiscal cliff deal. Wealthy Americans are busy gifting millions to their heirs to avoid the possibility of a return to the $1 million estate-tax exemption. And corporations are busy distributing dividends before shareholders must pay higher taxes on them.

But for ordinary Americans, the rules won’t change much: You pay taxes, look for reasonable deductions, save money in a retirement plan to make your money grow, and try to avoid expensive credit card and student loan debt.

Those basics won’t change with the tax deal, so don’t let the political headlines keep you from acting on these basics before year-end. That’s The Savage Truth.