Looking Through the Crystal Ball 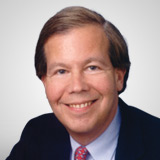 Leading gurus and investment advisers ushered in The World Money Show in Orlando with forecasts and predictions for the months ahead in this turbulent market.

Bernie Schaeffer, chairman and CEO of Schaeffer's Investment Research, recounted the phenomenal growth in the hedge fund industry, whose assets now amount to some $2 trillion, up from $1.5 trillion a year ago. He noted that although the funds have had a lot of bad press lately, folks are still flocking to them-not a good strategy.

Hedge funds have seen their assets rise by 530% since 2000, but their performance has not been stellar. In fact, in many periods it has actually matched, or even lagged, that of the Standard & Poor's 500.

For individual investors who don't participate in hedge funds, the question is why should you care? One primary reason, Schaeffer concludes, is the level of short interest perpetrated by these funds that can significantly affect the fortunes of everyone's holdings.

Since these funds are so well-capitalized, they won't be squeezed as much as traders, and won't often have to scurry to cover their shorts. And what that means is that investors can't count on a short-covering rally to prop up any of their stocks that have significant short positions. And worse yet, the new game in town-smackdown-when shares get killed for no reason at all-is usually the result of the hedge funds trying to get some short momentum going which creates undue volatility in the shares.

For traders, these situations may provide opportunity. But for investors who own weak performers with heavy short interest, it can get very ugly. Schaeffer's advice: be vigilant in pulling out of losing positions.

In closing, Schaeffer offered another way to deal with hedge fund volatility: instead of buying stocks, buy call options for a fraction of the cost. They allow investors to keep a bigger chunk of their portfolios in cash and provide greater diversification.

"The US Is in Better Shape Than People Think"

Steve Forbes, president & CEO of Forbes, recommended that investors step back from the alarmist headlines for a moment and realize that we are living in a time unlike any other in history, one which historians may call our Golden Age. In fact, never have so many people gotten so far ahead in such a short period of time. The expansion in the US economy alone is the entire size of the Chinese economy.

Despite the subprime crisis, he said, the balance sheets of corporate America as a whole are in good shape. He predicted that we will soon see lots of stock buybacks. Some people have gone over the edge with debt, but most of us haven't. Net financial assets of Americans top $50 trillion.

All in all, Forbes stated that the losses from the subprime mess will be less than those of the savings & loan crisis of the 1990s or the technology bust of 2001. However, the real problem is not the size of the crisis; it is the unknowns, which often lead to overreaction on the part of investors, accountants, corporations, banks, and government regulators, as we are now seeing.

Forbes sees the real challenge as monetary policy, and he suggests that investors stop listening to the Federal Reserve, which has created too much liquidity. Another looming uncertainty is the upcoming election, the most important one since 1980. He believes certain fundamental questions need to be addressed, including the critically important issues of national security, taxes, health care, Social Security, and energy policy.

"Whose Century Is It, Anyway?"

In the US, he said, the earnings pillar has cracked. The financial mess is adversely affecting consumer spending, housing, and corporate debt. Real estate was an enormous stimulus to the US economy, providing 40% of the new jobs created in the last few years, as well as providing a piggy bank for homeowners.

Now, strapped consumers can no longer count on the wealth effect of their homes, which is severely dampening spending. And although the Federal Reserve is pumping money into the system like there's no tomorrow, banks are afraid to lend, and consumers are afraid to borrow.

Johnstone is neutral on the second pillar-benign inflation and interest rates, as well as ample liquidity.

The outcome of the election-especially the question of whether capital gains and dividend taxes will be raised-could very well cause additional problems for our stock market.

All of these reasons have convinced Johnstone to weight his portfolio more heavily in the global arena. He begins from a point of 58% international and 42% US, but currently he is underweight as the US labor is significantly cheaper in other countries, he says. Our GDP is growing much slower than many other nations. And our stock market returns don't measure up to the rest of the world. (Editor's Note: Since the recent sell-off began, large-cap US indexes have outperformed many formerly high-flying markets in the rest of the world.)

"What's Ahead for Stocks, Bonds and the Economy?"

Ed Finn, editor and president of Barron's, told attendees that the problems with the financial crisis will most likely be with us all of this year and part of 2009. Home sellers have not yet capitulated and lowered their prices enough to get houses moving.

To some degree, this is a natural situation and reminiscent of what happened in the tech industry seven years ago. The bubble just could not be sustained, and would have burst earlier if it had not been for former Federal Reserve chairman Alan Greenspan's aggressive tactics in lowering rates.

Finn also believes the stock market will continue to be rocky through next fall's election, although the market's relative value of just 13x to 14x trailing 12-months earnings is compelling.

He sees this uncertain period as a prime opportunity to look for undervalued, quality stocks, such as Altria (Nyse: MO), Boeing (Nyse: BA) and CBS (Nyse: CBS) (A complete list of ten stocks that fit that description was in the January 28th issue of Barron's.)

Finn said he's not sure if we're in a real recession yet or if we will even arrive at that point. He believes we have a chance to avoid a recession, but it doesn't matter much either way. After all, growth is slow and lots of banks are in pretty tough shape. It's likely that the $100 billion they've written off so far will double before it's all over. (Some estimates go even higher-Editor.)

He sees some interesting values in banks such as State Street (Nyse: STT) and Bank of New York Mellon (Nyse: BK). Otherwise, Finn cautioned investors not to bargain hunt in that sector.

Investors face a mixed bag of uncertainty this year (including the election). So, Finn recommends sticking with bonds and good stocks, especially those that pay dividends higher than the ten-year Treasury note. And lastly, he recommended adding some international exposure to profit from the growth in overseas markets.