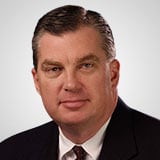 Canada has taken the lead on making pot legal throughout the entire country. Marijuana use in Canada will be legal in mid-October after legislation cleared regulatory hurdles in June, notes Bryan Perry, editor of Cash Machine.

The trend toward the legalization of weed has created “reefer madness” in the price action of several pot stocks, where volatility is about as extreme as anyone could imagine. Tilray Inc. (TLRY), which made its debut in July, rallied 500% following Labor Day to hit $300 before getting knifed in half.

There are several ways to invest in the potential marijuana boom. Many are plays for recreational marijuana, which will boom if legalization goes as expected. Many are medical plays, which are incredibly likely to be successful, but the upside is smaller. The last way is to invest in companies that happen to have a lot to gain from the marijuana industry but aren’t necessarily reliant upon it for success.

The headlines have caused these stocks to soar. While there are many micro-cap pot stocks that trade only in Canada, a handful now trade as American Depository Receipts (ADRs) and are cleared to be owned by most of the major brokerage firms.

American investors eager to get in on the next gold rush have pounced on these recently listed ADRs in what resembles bubble-like panic buying, sending most of these stock valuations sky-high. As a result, the hottest names in the sector have soared and crashed in recent weeks, but like any shakeout, the shorts got crushed.

The panic buyers that paid top dollar are seeing their investment capital go up in smoke and the current pullback is going to define which investors have the stomach for the price swings.

A major catalyst that is fueling the pot stock rally and bringing credibility to the whole investment theme is the interest and entry by Fortune 500 companies into the space. This is what I deem the smart money trade in what is a highly speculative sector where there will be a few big winners and many more even bigger losers.

Depending on how the market for marijuana-based products develops, it might prove lucrative to own a basket of these stocks that includes both the blue-chip stocks that are partnering up with the pot pure play companies and then pairing that high-quality basket by taking a position in the ETFMG Alternative Harvest ETF (MJ), which owns all the hottest pot stocks that are getting the headlines.