How to Play Bullish Soybean Meal Seasonals, without Excessive Risk 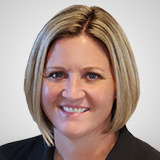 Now that the froth has been taken out of the grain markets, there are probably some good buying opportunities.  We particularly like soybean meal (CBOT:ZM) which is near technical support and offers traders a lower-risk alternative to the soybean market.

In our view, the downside should be limited to about $360 in the July contract.  However, we cannot rule out a quick gap refill into the $340s. Thus, we like the idea of a well-hedged venture.

Specifically, we like the idea of going long the July soybean meal futures contract near $363 and then selling a $360 call for about 17.7 (or $1,770). We also like the idea of purchasing the May (not July) $340 put as catastrophic insurance. This option would provide a nice hedge should the market opt to fill the February gap before moving higher. 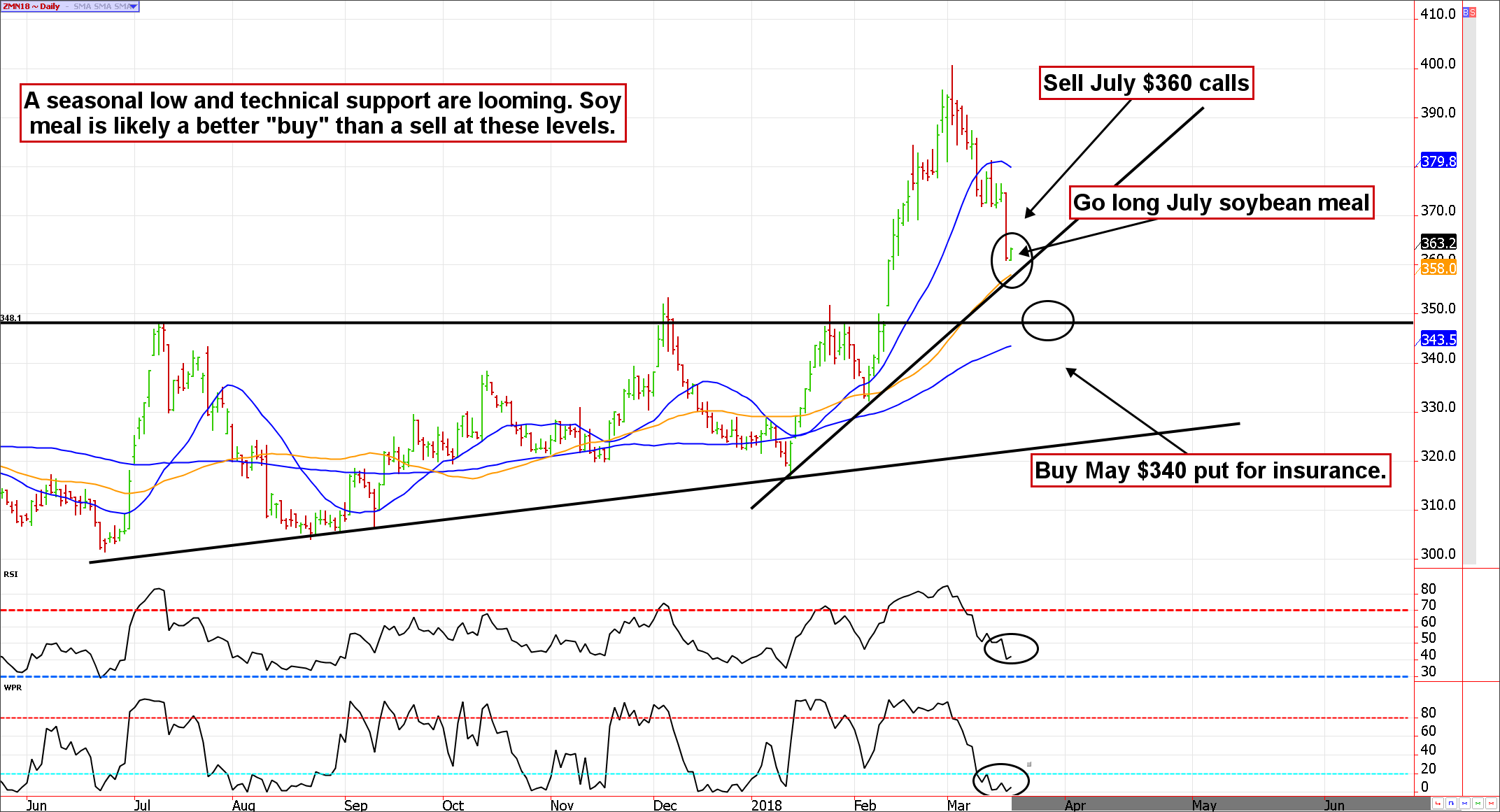 In short, this strategy enables traders plenty of room for error while also offering the benefits of time value erosion.  This is because if soybean meal futures trade sideways, the $360 call will lose value over time returning a profit to the trader as long as the price of meal doesn’t fall below the breakeven point (roughly $345).

The maximum profit potential is roughly $1,200 before transaction costs.  This is true regardless of how high soybean meal might go.  However, this profit potential exists even if the price of soybean meal is at $360 at expiration.  In other words, this strategy yields the maximum profit at expiration if the directional bias is simply not wrong; being right isn’t necessary.

The total risk cannot be quantified accurately because there are options with differing expiration months.  However, if the market falls below 340 at expiration the trade would likely be underwater by roughly $1,000 (depending on time and volatility it might be moderately more, or less).  Once the May put option expires, the break-even point at July expiration is roughly $345. If the price of meal is at that level or higher, the trade pays off something, but beneath that price, the trade faces theoretically unlimited risk.

The margin on this trade is less than $500 ($471 to be exact), and the delta of the trade is approximately .30.  This means that for every 1.00 meal futures move, this position as a whole will move a third of that.  Thus, those looking to play the upside in soybeans might look to establish a spread position in the slower moving meal market instead.  Doing so lowers the risk and the stress involved in the venture while increasing the probability of success.

There is a substantial risk of loss in trading commodity futures, options, ETFs.  Seasonal tendencies are already priced into market values. 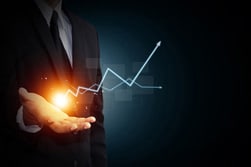 Managed futures (CTAs) are non-correlated to equities and tend to be negatively correlated in times ... 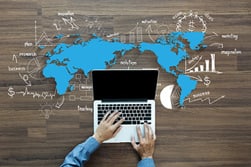 Among those who believe we have shifted into a new political and economic cycle, there is a growing ...