Last week we saw the technology-laden Nasdaq market drop over 10% from its prior week high, hitting 6906 down from a high of 7728 a week earlier. Insiders and institutions have been selling tech positions. Retail seems to be picking up what they are putting down.

This kind of action where the weak hands are buying from the strong hands is a notorious set up for a market set back and last week did not disappoint.

We have also discussed the fact that borrowing costs have risen sharply as the Federal Reserve has remained steadfast in their resolve to normalizing rates, whatever level that may be.

Anyway, it’s only a matter of time before higher rates creep into their longer-term discounting mechanisms.

What do we mean? Well, it’s a quantitative investment world in which mathematics governs many of our decisions and well -thought through and quantified variables dominate every market move. We can’t help but be reticent to the fact that if everyone is investing like a quant, then surely NPV or Net Present Value calculations will have to adjust or “discount” at much higher levels given the creep up in bond yields.

If you don’t know what NPV is, well, you better go get a refresher, because it’s about to kick a lot of assets a few notches down the belt of fair value, this we are certain. In an era when zero rates have fueled the largest debt for equity swap in history, we can only imagine the steep price some companies will have to pay come roll over time.

Then again, it’s the equity holders who get lambasted first, then the bond holders, so there is some margin of safety there, but not exactly an honorable consolation.

Anyway, just to touch on a few notable equity names last week and to see how much damage was done, let’s take a look out how some of the FAANGs fared. 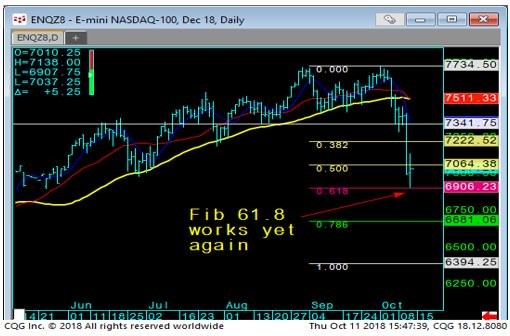 This fueled some to flock back into the tech sector as the NASDAQ (NDX) rallied sharply especially vs. the S&P 500 (SPX) as indicated by this reversal shown in this chart here: 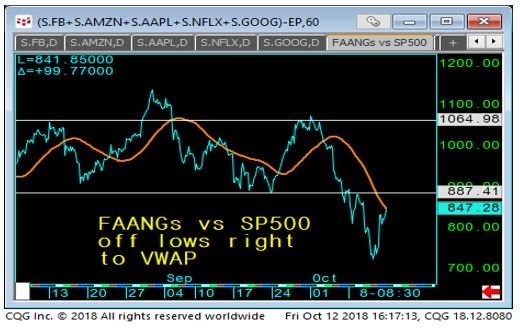 To demonstrate the severity of this reversal we can look at this spread in a bit more granular fashion by comparing the actual dollar value of each contract vs. one another. 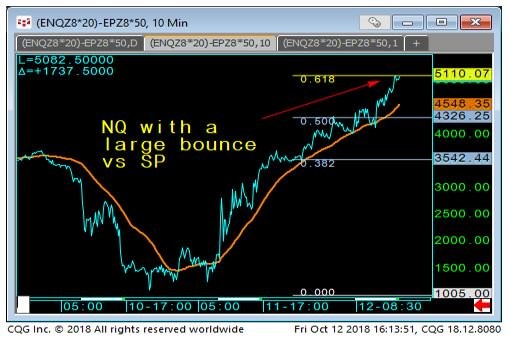 We know that a lot of alpha is generated from short selling options and option writing programs, as dangerous as these strategies are in times of panic, their use is widespread and a tool of many funds’ arsenal in terms of alpha generation.

Basically, these strategies look for continued linear movement and not the one-off cataclysmic style event, we just hope that the system continues to let these players out in times of need. We know, one day, the market will retreat and continue to do so and that has us a bit worried.

The complexity of these strategies isn’t the issue, it’s the liquidity when you most need it that keeps us worried. However, the markets have continued to show their resiliency and that is why these short vol strategies have been so popular.

This time is not different mentality seems quite pervasive and that is nothing more than naivety to us. From our vantage point we can point to a few things that are clear indications that this time is indeed different.

In fact, Charlie Bilello of Pension Partners posted our next chart, aptly entitled “This is the End,” as the Real Fed Funds rate is now higher than U.S. core inflation for the first time in 10.3 years: 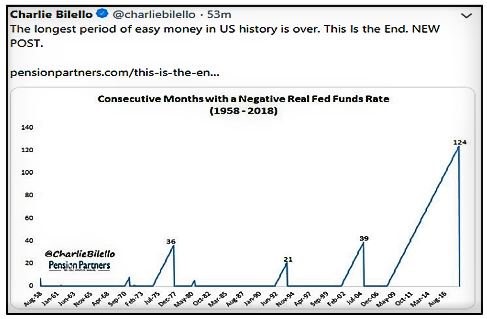 With interest rates rising, with central banks around the globe cutting back on their QE programs, perhaps maybe this time is indeed different!

As for the interest rates moving higher, well this next chart is a clear demonstration toward the limiting factors working against a Fed that wants to normalize rates. The Fed is going to raise the U.S. government’s interest costs to well over $600 billion next year and we expect this to rise indefinitely and this is nothing more than a function of higher debt and higher rates: 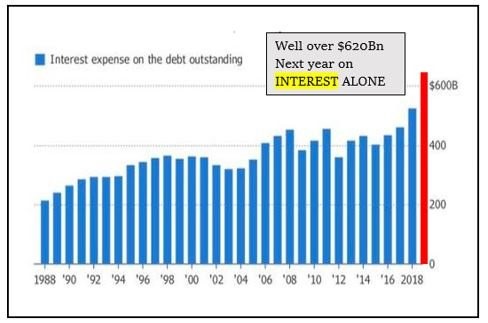 Speaking of interest payments and yields, the U.S. government 10-year bond last week fell sharply from 3.26% down to the 3.13% area where strong yield support trend lines come into play.
The market rejected that level swiftly and yields rose as equities began to rebound Friday. 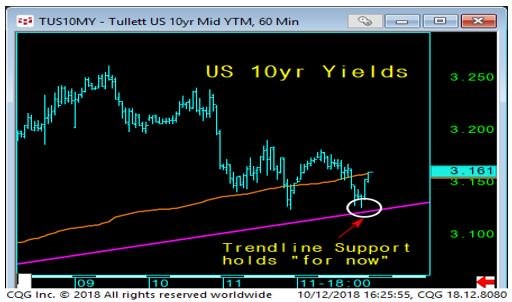 Perhaps the equity markets have turned, or perhaps they will grind back up to new highs. All we know is there are signs saying the cost of entry has risen and with that our risk radar must rise also.

You know what’s not rising though? It’s the global temperature as headline after headline last week was about the early snowfall and impending drop in temperatures. Well so much for global warming, we Chicagoans are too smart to fall for that anyway.

We know that a wintry wind gust lies just around the corner and that means summer is some many, many months away and that bitter air rules the day.

Headquartered in the shadow of Mount Fuji, Fanuc (FANUY) is the world’s leading manufacturer o...