The S&P 500 SPDR (SPY) is retesting the upper limit of its August trading range (294). Meanwhile, the NYSE advance-decline line made a new high on Aug. 30 — likely reflecting lower interest rates. This is bullish, but with our model on a sell signal, a sideways market is more likely in September.

The near-term tone of the market has improved since the last issue. Not only has SPY recovered in price, but that recovery has been confirmed by a bullish rising double bottom MACD formation (see chart below). Moreover, SPY has been above its middle Bollinger band (289.5) since Aug. 29, its first extended stay above that potential resistance area since July 30.

There are two forces acting on stocks. First is China, which subjects the market to sharp but ultimately limited moves. The market’s Sept. 4 rally is in response to the news that Hong Kong’s chief executive is withdrawing rather than merely suspending the extradition bill that sparked the protests that have been erupting since March 31. That removes one potential point of U.S.-China tension, although it remains to be seen how the trade war unfolds. (My guess is that President Trump declares victory and folds to help his re-election prospects. That would be good for a several percent rally in stocks.) 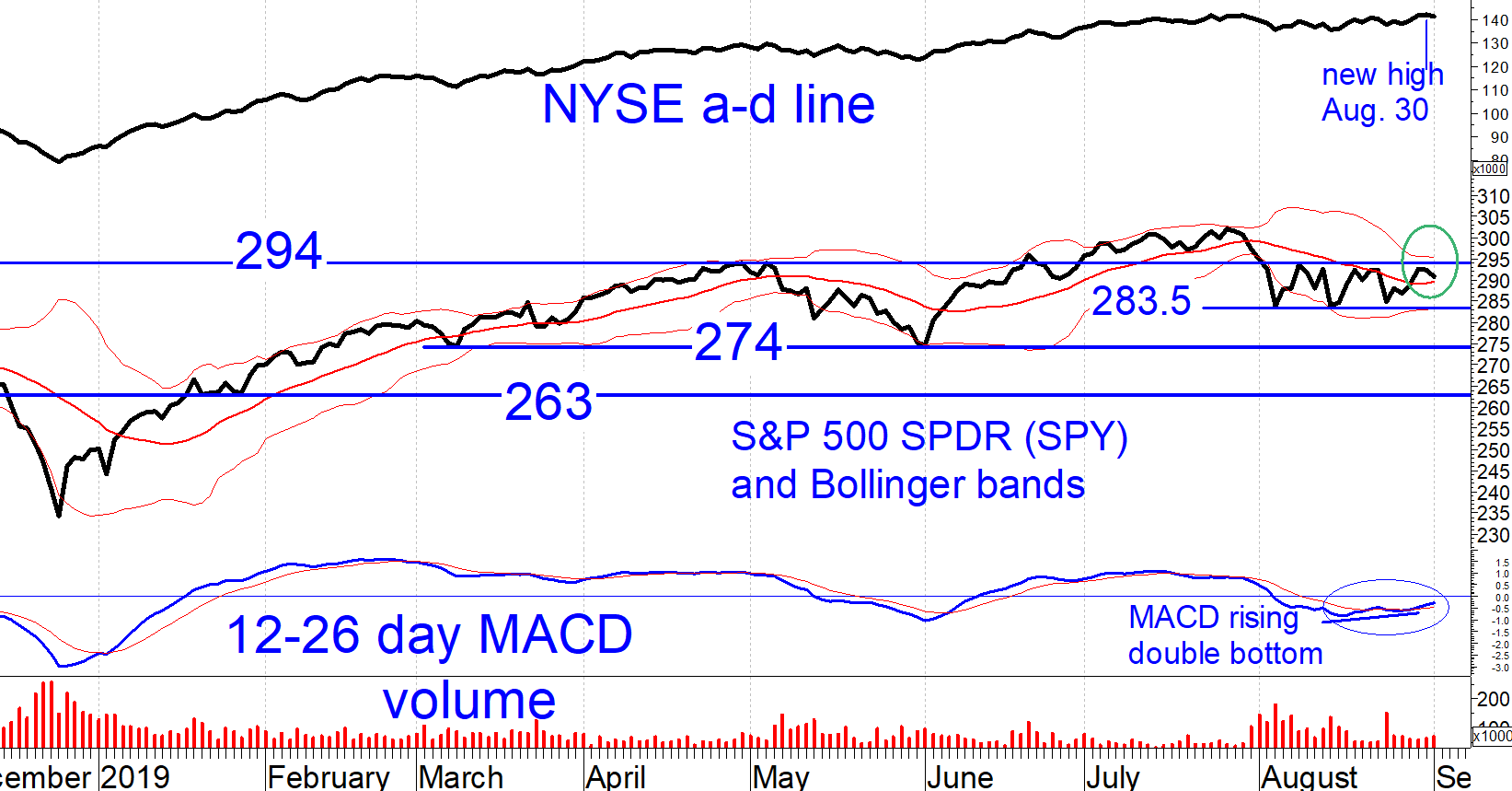 The economic backdrop makes this an uncertain stock market and argues in favor of caution. Unfortunately, all the usual defensive trades are already crowded. There are no bargains in defensive sector ETFs or investment-grade bonds. We are making the best of a barren investment landscape by diversifying our equity exposure for our clients. We are relying on intermediate-term trading of SPY, overweighting consumer staples, as well as using balanced funds that tend to be overweight lower volatility stocks and hold investment-grade bonds that are moving inversely to the market.

Corporate high yield bond fund trading also plays a major role in our clients’ portfolios because of the historical success of our models in controlling risk. Unlike the case with equities, our high yield bond timing models remain on buy signals, and if this remains true, downside risk should be contained.

Tomorrow, we will discuss the disconnect between high yield bonds and Treasury bonds.