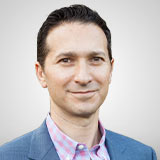 In this article I’m going to bust some of those myths wide open.

Myth #1: Emotions Are the Problem

Emotions are not the problem. They may seem like the problem, but actually, emotions such as anger, greed, and fear are just the signals of a problem. Buying into this myth causes you to attempt to correct your emotions by reducing, controlling, and releasing them. You’re fighting emotion, but in the wrong way.

Instead, when you think of emotion as a signal and become curious about what that signal is saying, you get to the real problem: performance flaws. Performance flaws are what trigger fear, greed and anger. They hide in the background and once, for example, your stop gets hit by one tick or you don’t get a proper fill, anger gets triggered by the perceived injustice or loss. Or you’re trying to stay on the sidelines in a sideways market, but you see on Twitter other traders making money and force the next several trades. Your impatience was triggered by the need to make money now!

Here are a few other performance flaws that can cause a wide range of emotions:

These are just some of the performance flaws that are the real cause of your greed, fear of losing, hatred of mistakes, and overconfidence, to name a few. Your job is to identify the performance flaws at the heart of your trading mistakes. That’s how you can eliminate them once and for all.

Myth #2: Greed and Fear Are All That Matter

The greed/fear index is talked about so often it can easily convince you these are the only two emotions driving the market, or driving your own trading. But it’s still just a myth, not the truth.

First, those are not the only emotions disrupting performance. In The Mental Game of Trading I talk about three other big ones: anger, overconfidence and lack of confidence. Oversimplifying down to just two emotions doesn’t help you understand the dynamics in the market or the dynamics of how you participate in the market.

Furthermore, if you look at it purely from a performance standpoint, greed is not actually a problem in the way people think it is. Money is how you keep score in this game, so wanting more of it is hardly a problem. Is Tom Brady greedy because he wants to win another Super Bowl? Heck no.

In the same way, suggesting you’re greedy because you want to make more money defies logic. The problem is when greed causes you to violate your strategy or system. Then you end up making bad decisions that will cost you money. It’s like the athlete who doesn’t listen to the coach and tries to do too much in a game and ends up costing their team. That’s when greed is a problem.

When analyzing the mistakes that cost you money, it’s critical to look beyond greed and fear because if you don’t figure out what’s really going on, you’ll have a hard time solving it. Look out for anger and confidence issues. They’re a lot more common than traders think.

Myth #3: Discipline is the Answer

Lacking discipline is the common reason traders give for violating their risk management rules, not being able to sit on their hands, or entering and exiting prematurely. On the surface it seems like a lack of discipline or control is the problem, but many traders fail to see the emotion that drives these violations of discipline. For example, a hatred of losing forced you to move your stop, and a lack of confidence caused you to lock up profit too soon.

Myth #4: Simulated Trading is Just Like Trading the Live Market

This is a big one for new traders. You cannot equate what happens in the simulator to what happens in the live market. While the conditions seem the same, the big difference is you. The “You” in the simulator is not the “You” in the live market. When your goals, work, effort, time, energy, and actual money are all on the line, it is more intense and emotional, making it more difficult for you to execute. That’s reality and it happens in every performance environment.

If you believe simulated markets and live markets are the same, you’re unprepared for the emotional volatility that is likely to come and you're less likely to be able to handle it well. Remember, slow down and invest the time it takes to make the transition.

Jared Tendler is a leading expert in trading psychology. His clients include institutional firms and independent traders from around the world. Be sure to check out his highly acclaimed book, The Mental Game of Trading. To learn more about Jared, visit his website: jaredtendler.com.