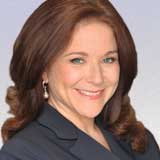 A number of babies were thrown out with the bath water during the financial crisis, and represent solid contrarian buys now, says Hilary Kramer of GameChanger Stocks in this exclusive interview with MoneyShow.com.

Hilary, financials seem to be the unloved stepchild of the market. What’s going on here?

Well, the financials have a reputation of having destroyed our economic system. A lot of the mutual funds don’t want to buy them.

There is concern to this day that there might be balance-sheet weakness, and that there could still be some kind of a liquidity crisis. Is there an overhang of mortgages sitting around on the balance sheets of a lot of the regional banks, or the large banks, for example, like a Citigroup (C)?

But the truth of the matter is that some of the financial institutions may not be particularly healthy, but we are nowhere close to any kind of financial crisis that put us in the 2008 and 2009 spiral downwards, where S&P had a 666 day in March of 2009.

Companies like Morgan Stanley (MS) and Goldman Sachs (GS) are diversified investment banks. Morgan Stanley even has a private wealth management business from Smith Barney, and combining it with their own Morgan Stanley wealth advisors...these are companies that make money on fixed income, on equity, on issuing IPOs, as well as on mergers and acquisitions.

Didn’t we see some insider buying of Morgan Stanley stock?

Yes, yes we did. Ruth Porat, the CFO of Morgan Stanley, came in and bought a significant chunk, and that was when the shares were still over $20 in August, this month. As well, we saw the CEO and some of the other executives come in.

So, here in the high teens, Morgan Stanley is an absolute bargain. In fact, there was research that came out last spring from Bernstein that said that even at $25, this was an undervalued company—Morgan Stanley was—and that it was trading below tangible book value.

It’s just that the large institutions don’t want to do anything politically incorrect and buy a company that could give them a problem.

Any other babies that got thrown out with the bath water?

Evercore Partners (EVR) is trading in the low $20s right now, from the low to high $30s. Evercore was founded by Roger Altman, who worked in the Clinton Administration, and who, as well, comes out of Lehman Brothers—the old Lehman Brothers, the one that was a good, fine company.

Now, Evercore had stellar second-quarter earnings. They were up over 100% on revenue. The only problem is, the stock has come off with the market coming off, as well as concerns because they did take too much of their money for compensation, which was inappropriate, and the market has been punishing Evercore ever since.

How about the regional banking picture? And we are nowhere near the failure rate that we saw this time last year?

That’s absolutely true...and yet so many of these stocks are still stuck in the $1, $2, and $3 range, like Synovus (SNV), which is based in Columbus, Georgia. This is the third largest regional bank in the Southeast, has a stronghold in some particularly prosperous areas of the Southeast, and has the market share.

I’m waiting for Synovus to eventually be acquired by a larger player that wants to get into the Southeast region of the United States, but doesn’t want to pick up SunTrust, for example.

So some of these regional banks are very strong. They’ve cleaned out their balance sheets. Many of them never even struggled with what the original problems were with the large banks—with the large mortgages that had been packaged up—because they were watching their Tier 1 capital ratio from the beginning. Because many of these mortgages they were going to hold on their own books.

And for full disclosure, do you own any of these for yourself?

I do own Morgan Stanley and Goldman Sachs.