Hold indicates potentially profitable market conditions but at intermediate risk levels. We expect our model to switch to a Buy on October 1 based on seasonality factors. 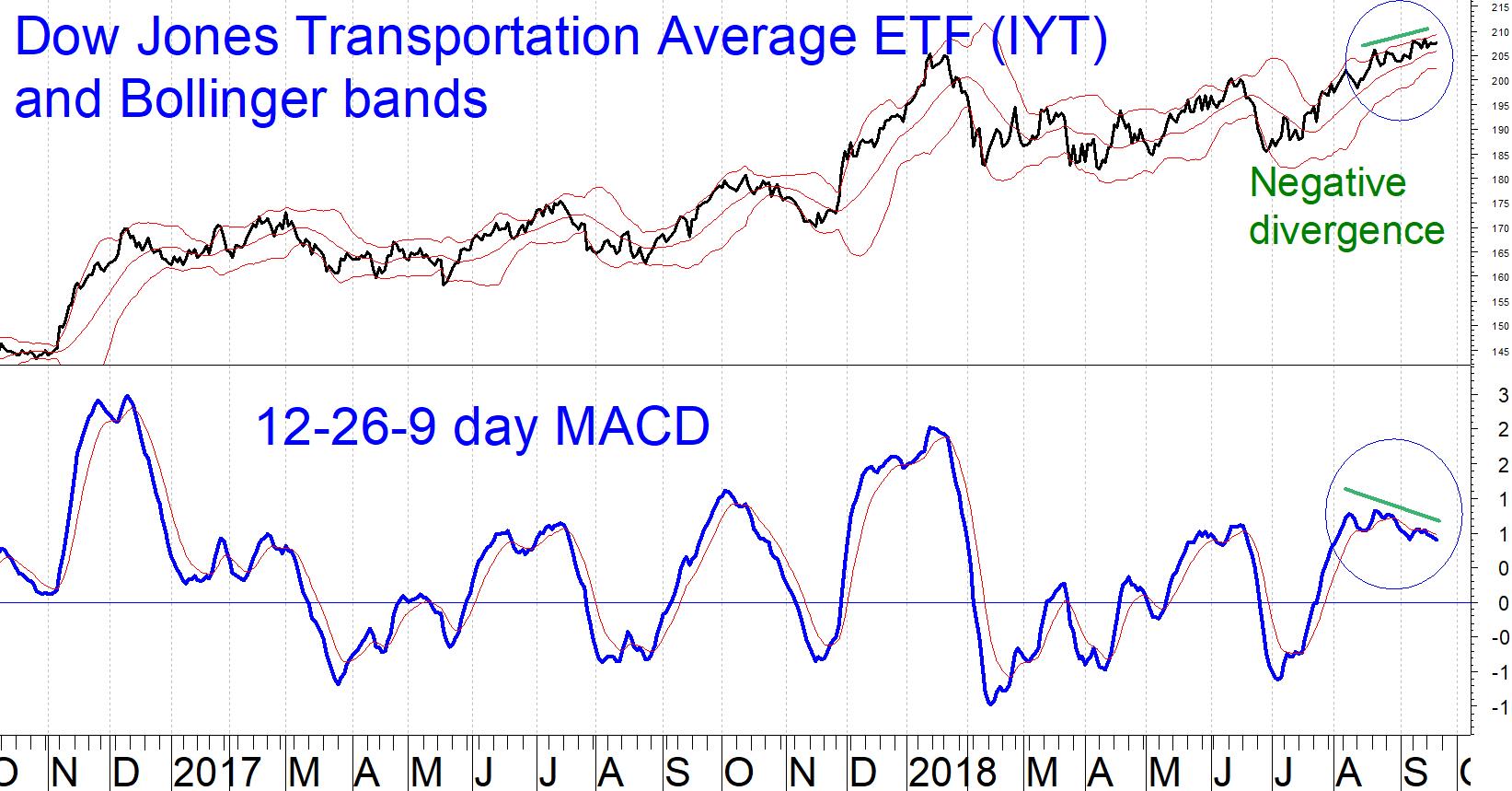 The Transports are in a clear uptrend since July, as demonstrated by IYT being consistently above its middle Bollinger band. However, IYT has formed a negative divergence with its MACD, suggesting that the uptrend is losing steam.

I am not concerned about a significant retracement, much less the start of a new downtrend. Rather, pull backs should be viewed as intermediate-term buying opportunities.

The touch of new highs by both the Transports and Industrials means that any potential Dow Theory sell signal is many months away.  What would have to occur is for new downtrends to form in both averages, requiring a significant retracement, failed retest of the recent peak, and a second leg down to a new post-retracement low.

There is no universal definition of how to recognize the start of a new downtrend. I have found 7% reversals to be useful. Using 7% as a minimal move, what would have to happen to produce a downtrend would be for both the Dow Transports and Industrials to decline by at least 7% (each), rally by at least 7% but not to a new high, and then fall below the low of the initial retracement.

Colleague Joon Choi makes a case that emerging markets stocks have fallen so far as to be attractive as bottom fishing candidates. Indeed, covered call writing using the iShares Emerging Market Index ETF (EEM) looks attractive because compared to options on SPY, premiums are rich with EEM. 41.60 appears to be a near-term support area for EEM, almost 4% below its close on Sept. 20.

Nonetheless, our long-term relative strength model still favors SPY over EEM. This model moved out of emerging markets on April 30, 2018. Since then, EEM has lagged SPY by 19% (Sept. 20).

The chart below of the Wisdom Tree Emerging Market Currency Strategy ETF (CEW) is down more than 6% this year, although it remains above its 2016 low. MACD is oversold by historical standards, suggesting that emerging currencies should still firm up. That would confirm any bounce in emerging market equities. However, we have not seen an MACD buy yet. (See circled area in the chart below.) 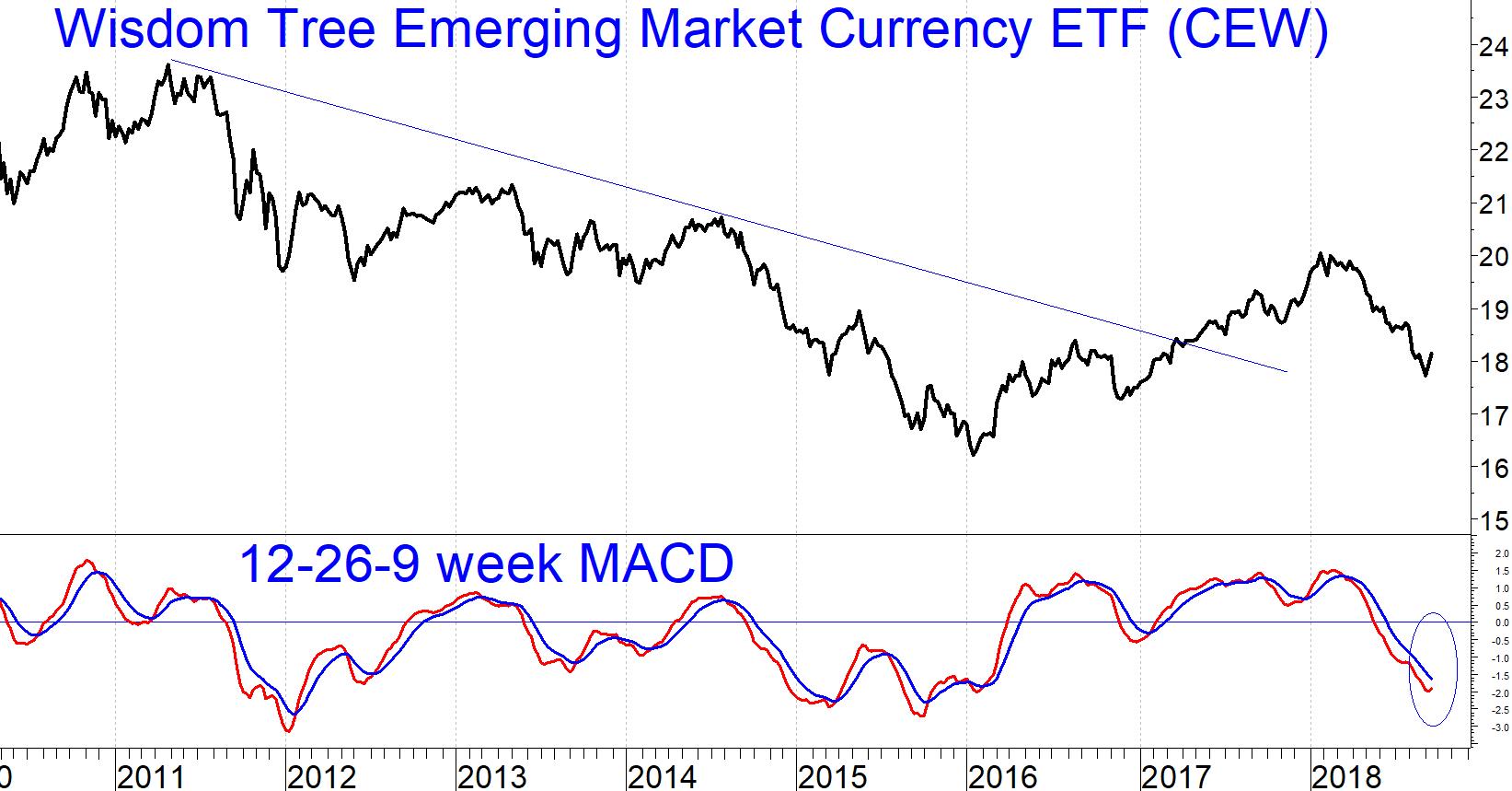