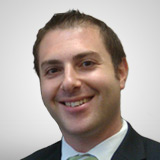 We generally chart the regular NASDAQ— the NDX, QQQ, and the futures— but when you consider that a mere five momentum names, affectionately given the acronym FAANG: Facebook (FB), Apple (AAPL), Amazon (AMZN), Netflix (NFLX) and Google (GOOG), comprise nearly 40% of the weighting of the entire index, a glance at the equal weight version is not a bad idea. I prefer the First Trust NASDAQ Equal Weight ETF (QQEW) to the Direxion NASDAQ 100 Equal Weighted ETF (QQQE) as it seems to chart slightly cleaner.

Watching for nuanced differentiation in the patterns between the QQEW and NDX, it is possible to see the potential for the former to lead a bit. For example, back in August/September of 2018, QQEW marked a divergent high. More recently, the QQEW began to count more like the blue 5th wave extension of (5) of Primary Wave 3 before the NDX shifted from its "(B)" wave (see charts below).

More importantly, though, is that fact that the equal weight does not get pulled to such price extremes by the disproportionate momentum of a scant few stocks. The Primary Wave 3 in NDX has stretched all the way to the 223.6% Fibonacci extension as measured in log-scale off the July 2010 low for Primary 2. By contrast, the QQEW hit a more perfect 161.8% Fibonacci extension for its Primary wave 3 top.

The disproportionate extension, though, also appears to affect the downside corrective moves. The Primary Wave 4 for NDX can easily be an approximately -40% slide into 2020, while QQEW can be a bit less severe at only -30-35%.

In our Charts of the Day video from this past Wednesday evening, we look at the likely "A/B/C" in QQEW as well as the similar projections for the FAANG names that are likely to drag the regularly weight NASDAQ even lower.

While Amazon is the heaviest of the FAANGs as a portion of the NDX at 10.2%, we went in acronym order starting with Facebook. Facebook has a clear 5 waves up complete at a Primary degree off the 2012 low. Since December also counts more cleanly as only a corrective ABC up for the orange "B-wave," the proportionate move down can easily see FB shave off around 50%.

Apple has the longest history of our group and can therefore have topped at a larger degree. It counts complete with all attendant subwaves and with multiple Fibonacci and Elliott Wave confluences as a Super-Cycle wave (III) top. The rest of its Primary C-wave down inside a larger cycle a-wave should coincide with the rest of Primary 4 in Markets. The C-wave points to targets more than 40% lower.

AMZN like AAPL and FB looks much more like only three waves off the December low consistent with a corrective bounce as a B-wave inside the larger correction despite NDX and QQEW stretching to new highs over 2018. The orange C-wave measured move project about 40% lower here too, but the possible targeted support for Primary 4 in the 725 region is closer to a 60% fade with another bounce in the middle.

Netflix is certainly still a momentum name, but at only 1.9% weight in the NDX, it is by far the lightest of the FAANGs and at only $160 billion it is dwarfed by the market caps of the others. NFLX is the only one with a potentially strong setup for further extension in its cycle degree wave III, if it can hold a corrective pullback into the 280 region. That green extension for One More High can target 660s. But there is still room for a further 19% slide in the green 2 and failure to hold can have this easily dropping 60% or even 75% to the first larger degree support region.

Lastly, we have the stock formerly known as Google, Alphabet Inc (GOOGL). GOOGL is the only one that clearly stretched to the alt 5 of (5) of Primary 3 as we saw in the QQEW into its earnings, but the strong drop is in-line with the initiation of the Primary Wave 4. The remainder of which targeting the ideal 38.2% retrace of Primary Wave 3 equates to just over 40% of further downside. Again, pulling disproportionately harder on the regular NDX than on the QQEW.

See our Charts of the Day video providing additional analysis on these stocks.