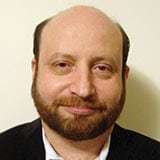 Housing plays are on the rise, including the venerable paint supplier and a faucet maker backed by a top hedge-fund manager, writes MoneyShow.com senior editor Igor Greenwald.

Stocks go up, stocks go down, and most of the time it means nothing at all. Much of the trading these days is done by computers scalping pennies over microseconds, and if the last year proved anything at all, it’s that most of the apparent patterns generated by the hyperactive machines can’t be trusted.

One day the stock’s a breakout candidate, and suddenly it’s trashed. Just as the charts look like a lost cause, the market rockets higher.

Still, stocks breaking out to new 52-week highs deserve respect. Research has shown that they tend to continue outperforming. Other researchers have since confirmed the tendency both in domestic and foreign markets.

People adjust only reluctantly to change, and stocks moving up strongly on good news can quickly get pegged as expensive based on prior price levels. We’re conditioned to hold out for bargain rather than buy at a longtime high. In fact, the high flyers often keep riding the tailwind to even loftier levels.

So if a 52-week high is an important and often underrated distinction, how about the highest price in a security’s 87-year history? And what if the company was riding a broad uptrend in its sector backed by increasingly favorable fundamentals?

That’s how Sherwin Williams (SHW) kicked off its 2012, and why its leap has been so informative. Lots of other stocks geared to housing and home improvement are also telegraphing a turn for the better.

Many have come a very long way in the last three months, so sticker shock is natural and a correction would hardly be surprising. But most still sell for a fraction of their pre-crash highs, and much less than they would be worth in a housing recovery.

The iShares Dow Jones US Home Construction ETF (ITB) combining homebuilders, home-improvement chains, and some of the remodeling plays is up by 33% in three months, vs. a 14% gain for the Dow Industrials.

But even that doesn’t do the move justice. Housing plays, a sliver of the US stock market by capitalization, are demonstrating some of the very best momentum around.

StockCharts ranks S&P 500 stocks based on technical indicators, and while Sherwin Williams is in the top 30, Home Depot (HD), Lowes (LOW), D.R. Horton (DHI), Lennar (LEN) and Masco (MAS) all score even higher. These are all predominantly housing plays.

Housing is bottoming because demand for it is rising faster than supply, boosting rents, while low interest rates have stabilized home prices in many markets. Meanwhile, remodeling is up as people fix up homes in lieu of buying larger ones, or perhaps to accommodate relatives down on their luck.

The bulk of foreclosures vending their way through the system also require a lot of remodeling before the properties’ new landlords can rent them out, argues financial advisor and blogger Joshua Brown.

Sherwin Williams certainly looks solid, if not exactly cheap. It’s been busy passing along higher raw-materials costs to customers via repeated price hikes, with more success at its specialty stores than with the secondary brands it distributes in a variety of outlets. The global coatings business for automotive and naval uses looks like a long-term winner.

The stock sells for 11 times trailing cash flow, not bad given the potential for big upside in a housing recovery. Along with paying a 1.6% dividend yield, the company has been a consistent buyer of its own shares. Home Depot and Lowe’s are cheaper still, and even more geared to a housing recovery.

FBHS is another interesting remodeling play, with a much cleaner balance sheet and more promising product lines than the somewhat larger rival Masco. A recent spinoff by the maker of Jim Beam, FBHS has an influential and enthusiastic backer in Pershing Square hedge fund manager Bill Ackman.

None of these stocks look quite as attractive as the premium mattress makers, a housing-related niche that’s been booming for more than a year. Select Comfort (SCSS) was below $5 in August 2010—now it’s at $22, yet still selling at 12 times trailing cash flow with revenue up 25% year-over-year. There’s been no slippage in its earnings estimates.

Tempurpedic (TPX) also looks exceedingly well-cushioned. Its sales are up 30% year-over-year, yet the stock sells for 11 times trailing cash flow.

Certainly, the mattress-buying spree can’t maintain its current tempo forever. Certainly, housing remains vulnerable to a relapse, while some of the stocks mentioned above could use a rest.

But the market’s screaming that a turn in housing is near. Ignore it at your own risk.